Several coping strategies of miners in the Bitcoin halving market

Now it's less than 70 days since bitcoin was halved. In fact, the big test of mining industry every four years has begun. Within a few days since March, bitcoin's whole network computing power has reached a new high, reaching 130eh at the highest, and all the miners are the most affected. Halving means that the standard income of mining currency will be cut in half, which means that the original profitable miner will not make money after halving. It also means that it will take two years or even more to get back the original one year. It even means that many miners will lose the qualification of mining completely after halving, and become the abandoner of bitcoin.

On the other hand, halving is regarded as an epic market once in four years by the secondary market. All the players who have been locked in the market are looking forward to halving this round to solve the problem for themselves. The old leeks are all rich and ready to realize their wealth freedom from the halving market.

The miners showed enough prudence but didn't flinch. On the surface of the mining industry, the peace and quiet had already been extremely noisy. Everyone planned a blueprint of halving in their own mind.

The still waters are deep, and half of them are like plundering.

1、 Shuffle, most miners are losing his chips

With the coming of half reduction, the preparation plan of the miners has reached the stage of substantial deployment. Now the miners are generally faced with a difficult choice, which is to keep the chips or the computing power in their hands? These two can not have both. In order to mine normally after halving, a large number of previous generation machines on hand must be upgraded, and upgrading the mining machine means cashing in the chips. At present, about half of the computing power of the whole network is contributed by the previous generation of mining machines. If this part of mining machines are replaced by the new generation of large computing power mining machines, it will take several billion yuan of real gold and silver. Last year, the total mining output value of the global miners was only 5 billion US dollars, of which the electricity and operating costs accounted for nearly half, and the remaining funds in the hands of the miners are probably enough to complete the mining industry A comprehensive upgrade means that the miners have to give up all the chips they have worked hard in the past year.

According to the data, the capacity of ant miner, Shenma miner and Avalon miner in the mainstream miner factory is still in a hurry this year. Most of the miners chose to upgrade their machines. At the last moment of halving, the miners are losing a lot of chips in their hands.

Shuffling is taking place in the mining industry. A group of miners with insufficient computing power will be eliminated by halving, and the miners will be forced to hand over their chips by upgrading machines. Either give up your position or give up most of your chips, the miners are going through a major choice before the half reduction.

2、 Hyperactivity, half of the dividend has been put into the bag for the miners of an

We don't know whether the half price will arrive as scheduled, but before the half price reduction, billions of advance payments for mining machines had entered the accounts of large manufacturers. Bitcontinental said that the capacity of ant mining machine in the first quarter had been sold out in advance, and it began to accept the scheduled production in the second quarter, while the M30 of Shenma mining machine has accepted the reservation since the end of last year, and only those that want to buy in the market can be handed over Money continues to be scheduled.

Before the coming of halving, the mining machinery factory had already pocketed billions of yuan of payment for goods and was the first beneficiary of halving the dividend. But the miner is not at ease. In essence, mining is the competition of miner's comparative advantage, and the core is the competition of miner's performance. In order to stimulate the competition of this kind of comparative advantage among the miners, it is necessary to continuously launch a new generation of machines with stronger performance. The R & D cost, technology risk, chip cost and potential market risk of new machines are all unpredictable risks. Bitcoin's latest S19 miner seems to be on its own, but when will it go on the market is still unknown. After all, whether chip capacity is sufficient and how much demand for new miners is just after most miners have finished upgrading? How to price the market after halving? They are a series of potential problems.

If we do not produce new products, the market demand for mining machines is nearly saturated after half reduction. How to survive next? It seems that the big factories are in a dilemma and have no absolute victory.

3、 Around the mining industry, we should fully leverage and strive to reduce the market by half

As the surrounding service industries of the mining industry, the dealers of mining machines and mines are also facing the test of halving the market price. In order to catch the wave of "machine change" before halving, the dealers of mining machines in Huaqiangbei, Shenzhen have been busy for a long time. According to the people familiar with the situation, the goods scheduled for February and March this year are a little late, and there may be some goods in large quantity, which can only be sold in large quantity Where to eat some goods, but the profit will be much less.

And mineral machinery distribution is the industry that most reappears the golden flow. No matter how big or small dealers have added enough leverage to stock up, reducing the market by half also plays an important role for them. 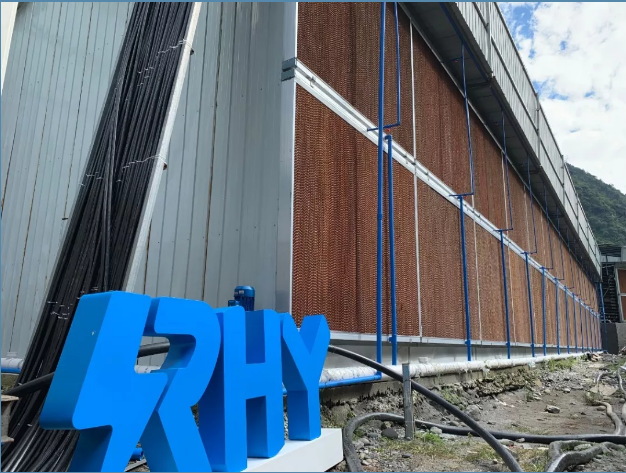 For the operators of the mine, the market halving this time just overlaps with the domestic wet season. In order to cope with the possible demand outbreak, many operators of the mine started to expand and build the site to increase the substation equipment from last year, hoping to accommodate more mining machines in the wet season. Due to the complicated approval procedures involved in the new mine, some large-scale mine operators chose RHY. for example, rhy added a new mine through RHY the beginning of this year, which is also preparing for the wet season.

At present, the upstream and downstream of the mining industry are busy. The seemingly calm water surface has been turbulent for a long time. No matter how the market can survive, the winner is the half reduction.