As the time comes to the end of 2019, there is still half a year before the Bitcoin block reward is halved. The cloud computing power market is expected to usher in a big explosion. Compared with mining with self-purchased mining machines, the one-time investment of cloud computing power is lower, there is no need to raise a technical team, no technical threshold restrictions, and no need to consider complicated factors such as machine maintenance, heat dissipation, noise, and shelves, which has become a large number of Bitcoin miners. The best way to mine. 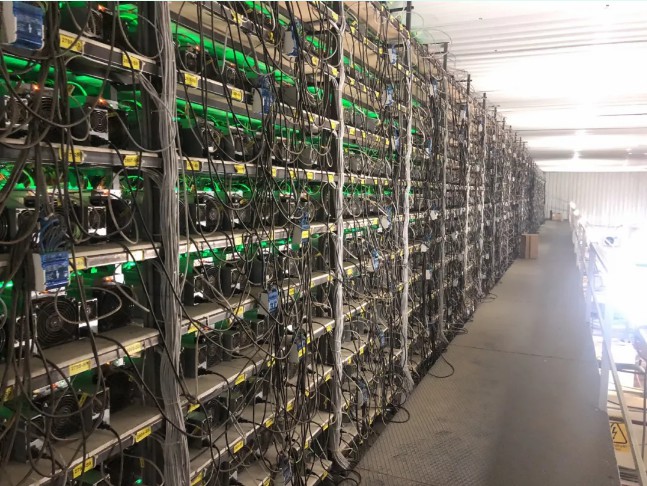 
In the face of the upsurge of buying short computing power platforms in the market, the RHY cloud computing platform is a standout, always insisting on sufficient supply of stocks, which is supported by the full operation of more than 20 mines distributed around the world. Self-built and self-operated mines enable RHY to take the absolute initiative in the field of cloud computing power.


RHY's 22nd 175MW mine is lit up in the Middle East, and continues to increase in preparation for the bull market

On the other hand, the bull market is still brewing. Miners are generally optimistic, and the industry predicts that by the first quarter of next year, the computing power of the entire network will double on the current basis. Whether it is the cloud computing power preferred by newcomers, or the machines on hand of old miners need to be managed, the demand for mines will double.

At the beginning of the year, RHY started the construction process of the second phase of the Middle East project. With the hard work of the overseas operation team, the second phase of the Middle East mine project with a power supply capacity of 175MW and a design capacity of 100,000 seats was completed in early October this year, and a lighting ceremony will be held another day.

The second phase of the Middle East project is also the 22nd mine in RHY's layout. Its smooth commissioning will add enough weight to RHY to prepare for the big bull market next year. The Middle East base will continue to maintain its core position as the "big fortress" within RHY for a period of time.

Adhere to the global strategy and accelerate the pace of cloud computing power!


Global layout has always been the core strategy of RHY. The fundamental appeal is to discover and utilize the energy advantages of different countries/regions in the world as much as possible.

For this reason, the RHY operation team has traveled to Georgia, Iceland, Canada, Malaysia, Kuwait and other countries and tried many possibilities. The power energy advantage of the Middle East is the first to be discovered by RHY, and the potential is the most fully tapped, while the country is the next fertile ground where RHY is working hard.

At present, the competition between cloud computing power platforms has expanded from a scale of competition to an all-round struggle between operations, services, brands, and comprehensive strength

The two major domestic and overseas markets have made efforts at the same time, so that RHY's market share in the cloud computing power market has been rising. Internationally, RHY has captured a large number of users by virtue of its energy advantages. In China, its eye-catching performance in the first half of this year has won the hearts of users, and RHY has successfully ranked among the first echelon of domestic cloud computing power.

Maintain an entrepreneurial mentality and continue to discover more possibilities Any industry that develops to a certain stage will inevitably encounter bottlenecks. Factors such as lagging technology, limited market size, andthe emergence of better substitutes may all cause an industry to be gradually eliminated.

The biggest bottleneck of the blockchain cloud computing power industry comes from its market popularity. Once the market's education lags behind the expansion speed of the platform, overcapacity is inevitable. At the same time, huge cyclical demand fluctuations also greatly amplify this risk. The elimination of 80% of cloud computing platforms  the bear market is an iron law that has been proven by the market.

Only by getting rid of the inherent bottleneck of this industry can RHY grow faster. It is RHY's continuous work to always maintain the entrepreneurial mentality and discover more extensive market demand for cloud computing power. Under the trend of popularization of 5G communications, cloud rendering requirements based on improving the audio-visual entertainment experience of mobile hardware and the need for large-scale IoT edge computing services for unmanned driving and remote visualized medical care are the two major cloud computing power that will explode. In terms of subdivisions, it is conservatively estimated that the market size is still more than one trillion yuan. RHY's strategic idea is to use the second curve principle to conduct targeted pre-research on cloud rendering and edge computing technologies, and follow up market changes in real time. Once conditions are mature, new cloud computing power application scenarios can be opened up at any time to achieve multiple dimensions Business growth.

Digging Bitcoin How much can a miner earn in a day?

Digging Bitcoin How much can a miner earn in a day?